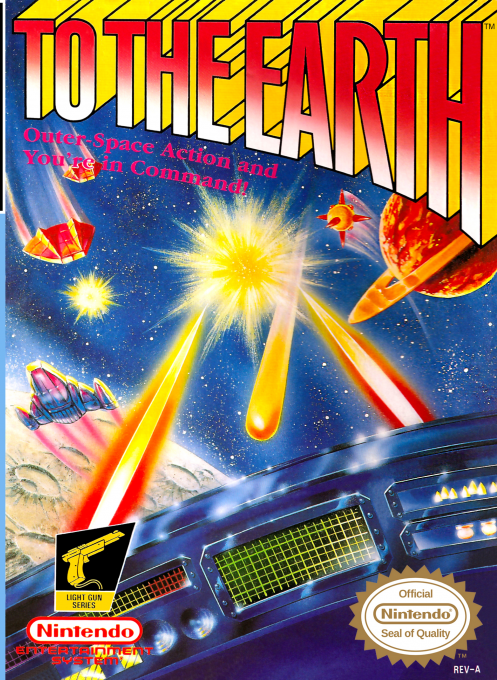 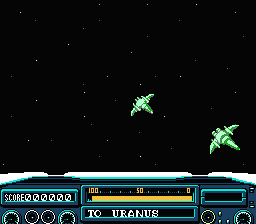 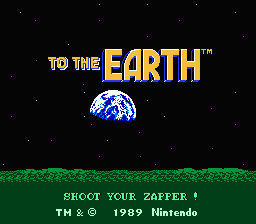 In the year 2050 the Earth has been attacked by the villainous Raggosians and it is your job to save the planet! You will need to pilot your ship, The Tempest, to the planets Uranus, Saturn, Jupiter, and Earth in order to retrieve certain minerals which can be used to fight the Raggosians. The Raggosians will be trying to stop you from reaching these destinations, though, so you need to use the Nintendo zapper to fight back. Numerous (and very fast!) enemy ships will fly by on the screen and attempt to destroy your ship. You need to shoot the ships and incoming missiles before your ship takes too much damage. From time to time a comet will fly by, and if you shoot this a temporary barrier will be formed that protects your ship from enemy fire. Occasionally you can also earn a smart bomb which appears in the bottom of the screen and destroys all enemies if shot. Each level ends with a large boss which will take multiple hits to destroy.