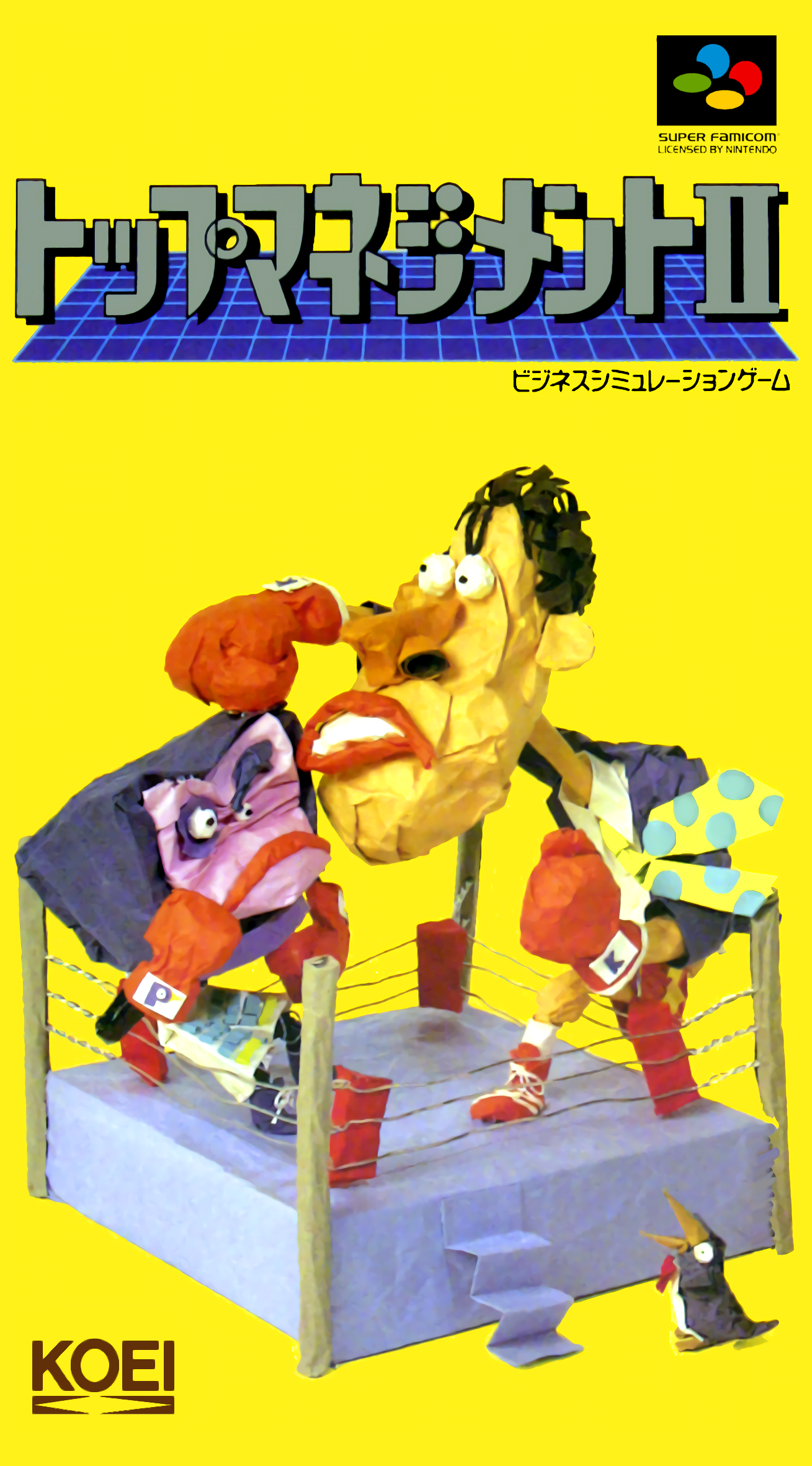 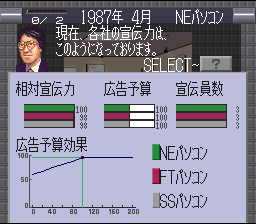 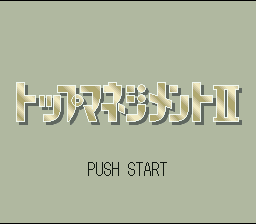 Top Management II is a 1994 business simulation game from Koei, part of their Koei Executive Series, and the sequel to their 1990 NES/PC-9801 game Top Management. Koei released the game on PC Windows, the NEC PC-9801 and the Super Famicom. The goal of the game is to grow the player character's nascent corporation to be one of the largest and most profitable in the world with savvy business practice. Possibly due to the large amount of text and Japan-centric business terminology, the game was never released outside of Japan. The PC-9801 version is considerably denser than the other two versions, featuring many additional features to create a closer proximity to actual business ownership.