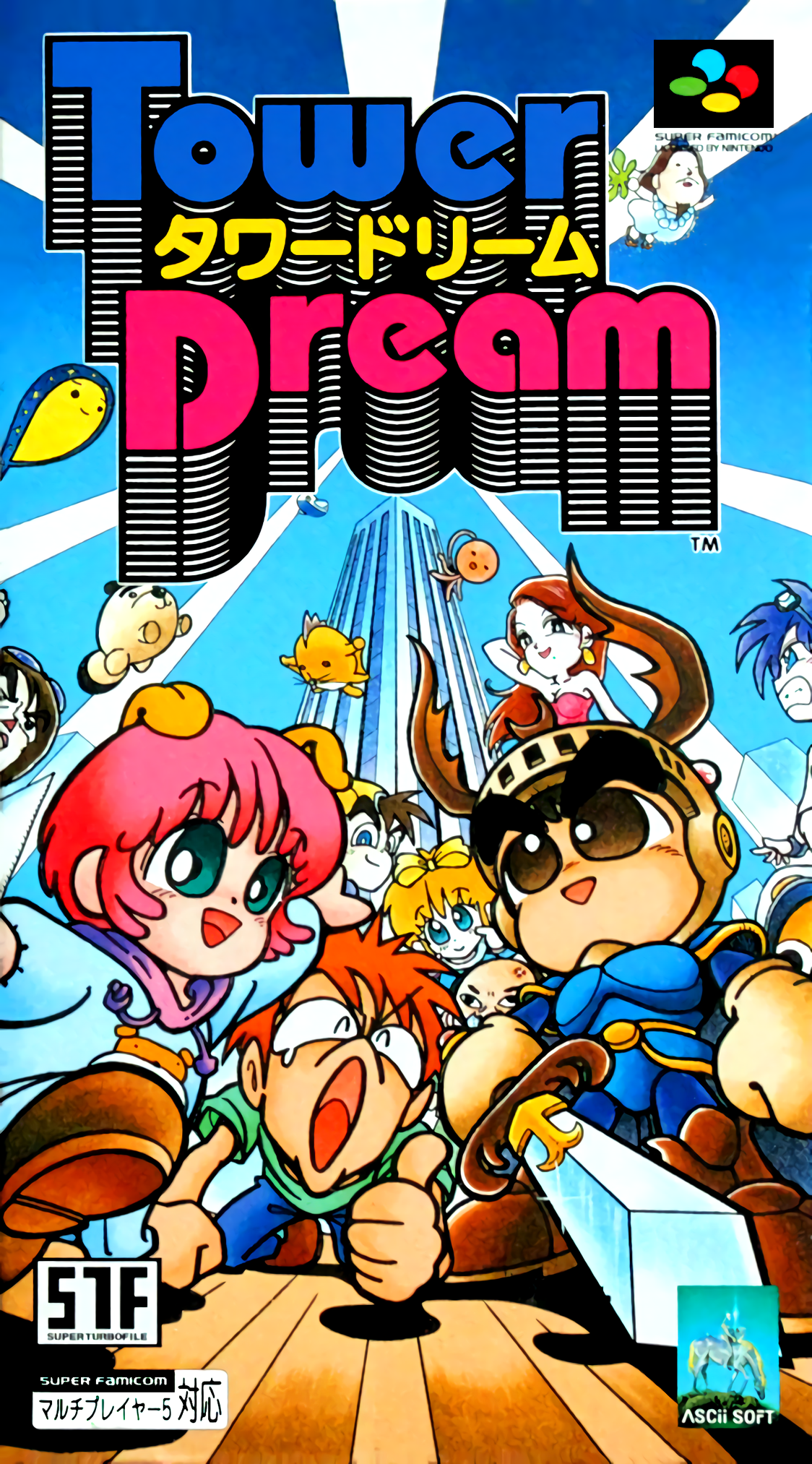 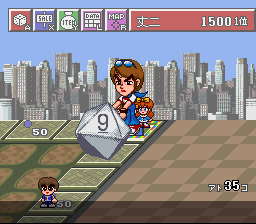 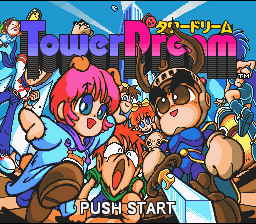 Tower Dream is a virtual board game for the Super Famicom that supports up to four players. The game has a comedic angle and features expressive characters designed by Tamakichi Sakura. It was followed by a PlayStation sequel, Tower Dream 2, in 1998. The game features a number of "worlds" the player can try out, each with different board configurations and themes. The themes run from the mundane, like Tokyo or Hong Kong, to the fantastical, like prehistoric, horror movies or space. Gameplay The goal of the game is to move around a board which encircles a giant grid. The player can buy property on any square on the grid that is parallel to the space they're on, increasing the rent value of that space. When other players land on the same space, they pay the controlling player(s) a specific amount of rent a la Monopoly. With some smart planning, the player can purchase many properties along the same row or column and boost their rent prices higher and higher. Building properties on adjacent spaces on the grid also creates corporations, which generate more cash and can absorb smaller companies alongside them. Corner spaces on the outer ring lead to slot machine mini-games that can earn players a bit of extra cash.