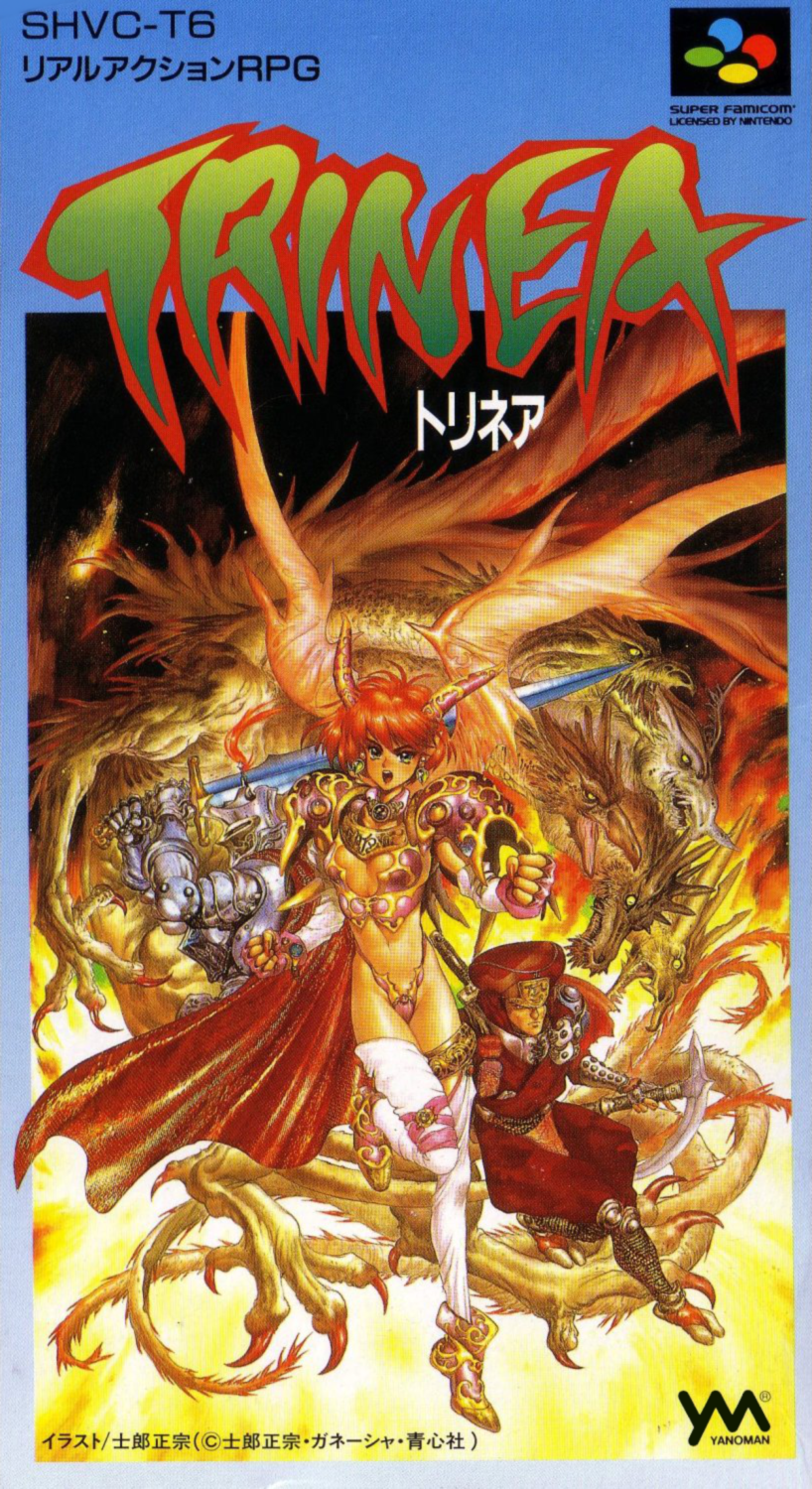 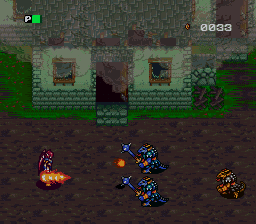 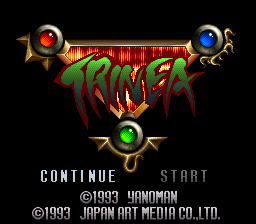 Trinea is an action RPG from Japan Art Media (JAM) that was released exclusively in Japan. The player can choose one of three characters with different stats: a powerful but slow knight, a female dragonkin with a ranged attack but low health and a very fast ninja who has the weakest attack strength. The player moves through the world destroying enemies in their path in real-time shoot 'em up combat.nnnnThe game is a sequel of sorts to JAM's earlier Penta Dragon, for Game Boy.