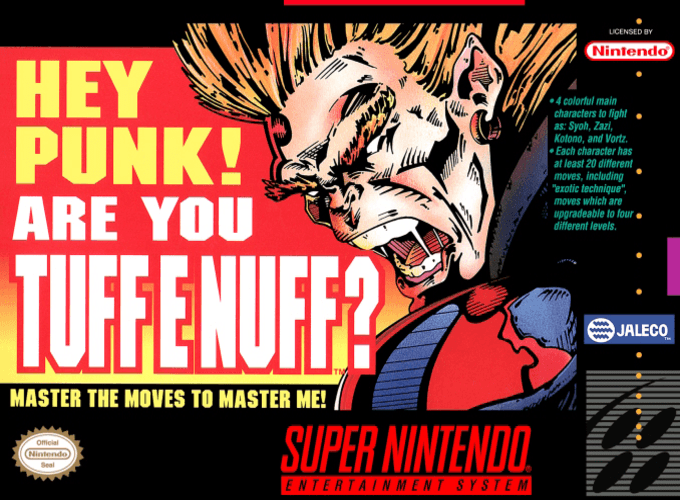 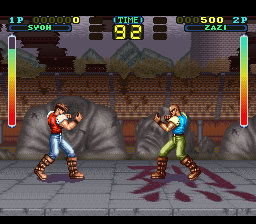 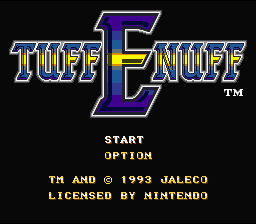 The four great champions have arrived at the Colosseum, one of the few buildings left standing after the Great War of 2151 ... when warlords took up arms against each other in a violent power struggle. Whole cities were reduced to rubble. After the dust settled, one warlord rose up to control the people with his evil powers. He was called Jade, the Fighting King. Everything about the Fighting King is shrouded in mystery. No one knows who he is or where he came from ... only that he rules the land with an iron fist. His headquarters is in a secret room at the top of the great Tower, which is guarded by more than six enemies with psychotic fighting skills. Many great warriors have entered the Tower to overthrow the Fighting King, but none have come back. Finally, four brave champions have traveled from distant lands. Each is a powerful warrior, with the strength and determination to end the reign of terror and restore peace to the land. There's just one little problem ... only one warrior can enter the Tower at a time. Our champions have decided to hold a series of matches among themselves to see who is the strongest. The winner will have the honor of challenging the Fighting King himself.