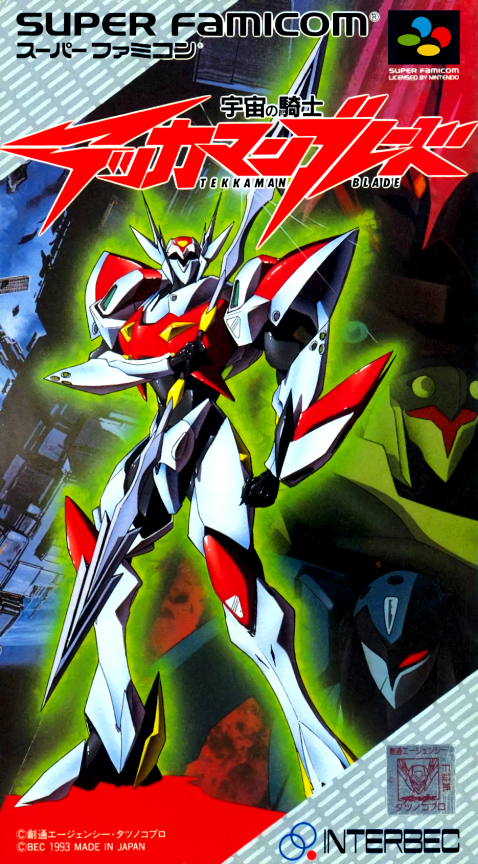 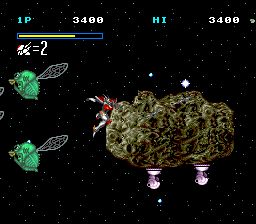 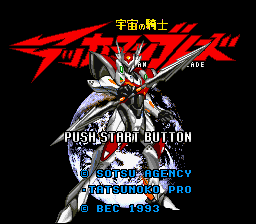 Uchu no Kishi: Tekkaman Blade's is based on the anime Tekkaman Blade, also known as Teknoman. The game's levels are a mix of scrolling shooter and fighting game. The first part of every level is a scrolling shooter where Tekkaman Blade must survive several waves of Radam before killing two stronger boss-like Radam and meeting another Tekkaman. In scrolling shooter levels Blade can either toss his spear to defeat enemies at range or quickly slash with it to destroy bullets and enemies. One enemy type will drop different colored System Box powerups: green restores health, red destroys all enemies onscreen (except bosses), and blue turns Blade invulnerable and able to destroy all enemies upon contact (including bosses). The end of every level is a one on one fight with an enemy Tekkaman. Each Tekkaman starts with a weapon, but the weapon will be lost if they take too much damage, forcing them to use punches and kicks. This mode can also be played in 2-player mode, where each player selects their Tekkaman. 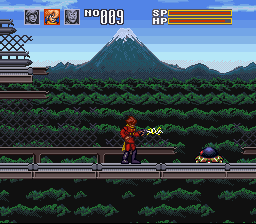