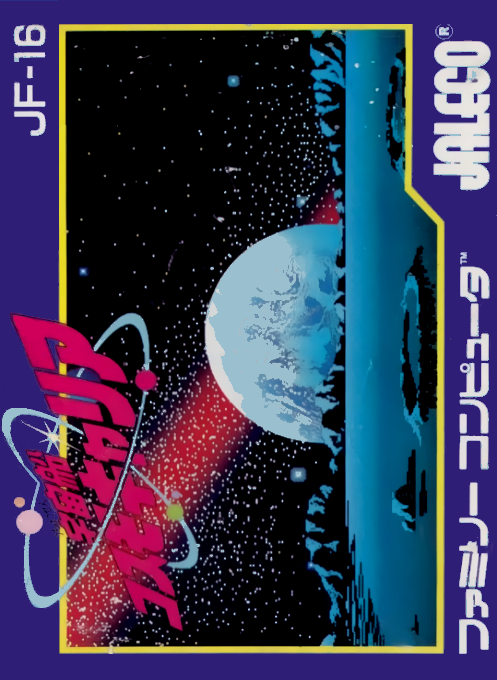 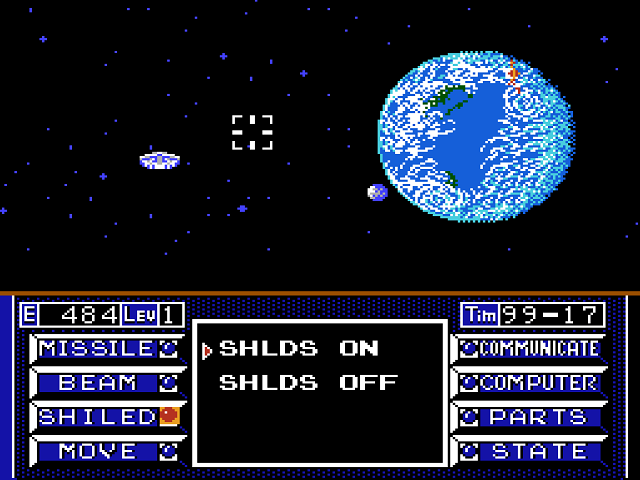 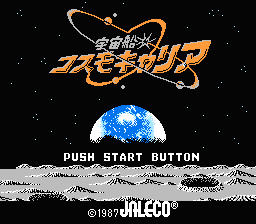 It is the year 1999. Invading aliens are slowly forcing our orbiting moon towards Earth. In one hundred hours all life on Earth will be destroyed. Your mission is to travel from planet to planet in our solar system and intercept the alien fleet. Uchuusen: Cosmo Carrier is an action strategy game where you pilot the titular Cosmo Carrier and combat aliens while gaining intelligence on the solar system, the planets and its moons. Information you gather from satellites with your deployable Mechs will help you find the alien force and destroy them. Once deployed your Mechs walk around the surface and fight turrets and find items/clues. Your viewscreen is where you target alien space-craft, astronauts, moons, and planets and interact with them. The interactions allowed are: Missile, Beam, Shiled(SIC), Move, Communicate, Computer, Parts, and State. Missile launches a rocket with adjustable strength at your target. Beam shoots a laser weapon at your target. The misspelled Shield function lets you decide if you want your shields on or not. Move button has two different sub selections; Warp and Land. Warp lets you travel from planet to planet while Land lets you deploy one of your Mechs on to the surface of a satellite or enemy cruiser. Communicate lets you do just that, communicate with planets and other vehicles. Computer gives you read-outs on targeted planets and vehicles. The Computer also is where you perform repairs on your ship or Mechs. Parts lets you see what weapons you have loaded. Finally, State, gives you detailed information pertaining to shields, weapons etc of your Cosmo Carrier and three Mechs; Gravity, Blizzard and Field.