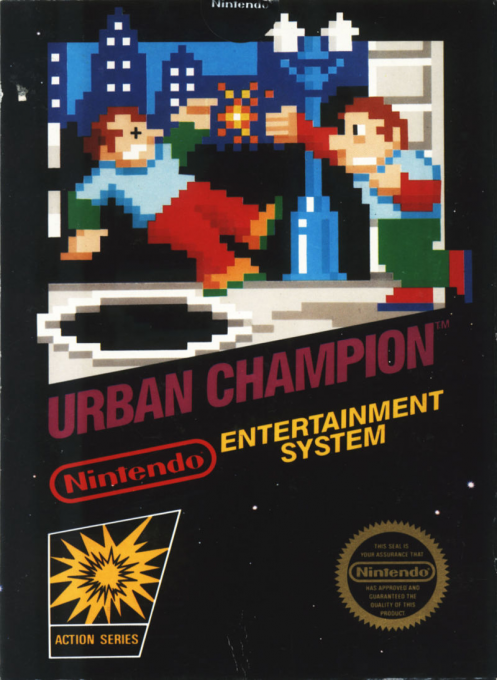 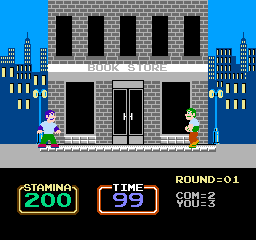 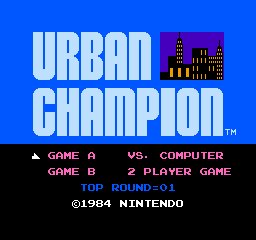 Two rival characters meet up one day on the city streets and arrange a fight. Both characters will start in the middle with two blocks on either side of them leading to an open manhole. The first person to knock the other into the open manhole is the winner. Only punches are allowed, although obstacles such as falling flower pots can occur and give one player the advantage. Also, everyone is to look innocent should the police drive by. This is a very early and simplistic fighting game. As mentioned, each player can only punch the other, trying to knock them off the screen and towards one of the waiting manholes.