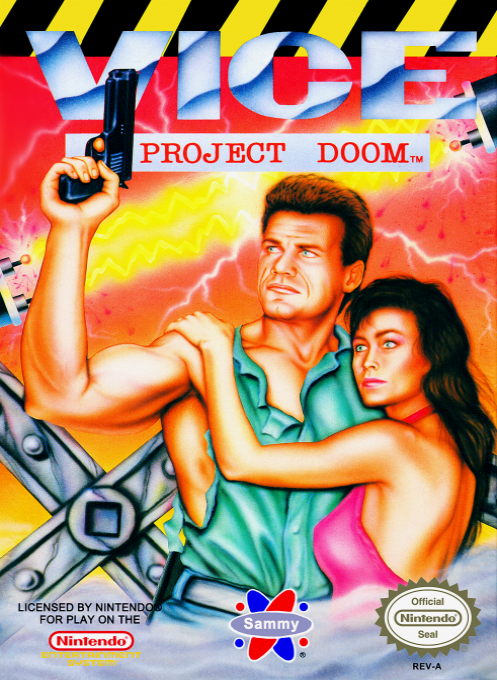 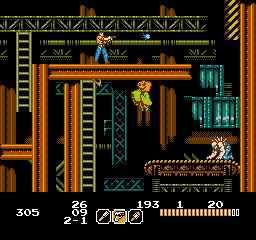 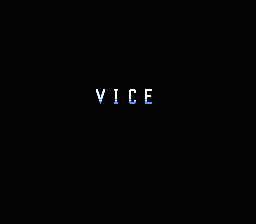 Quinn Hart and his partner, Detective Reese of the VICE squad both work to stop the trafficking of illegal substances. But something new has appeared on the scene, a neon gel with great addictive properties. During investigations as to the origin of the gel, Reese mysteriously disappears and leaves Hart without a lead. Time passes and Hart becomes romantically involved with his new partner, Christy, as he continues trying to track down the gel. But Hart is about to get a brand new lead... Vice: Project Doom is a game that features both overhead driving modes and side-scrolling platform adventure sequences. Hart's vehicle can accelerate or slow down and fire his weapon straight ahead. During side-scrolling sequences, Hart can jump, duck, climb or use his selected weapon. Weapons that can be selected include a Katana sword, a pistol and a grenade-type weapon. These weapons feature limited ammunition with the exception of the katana. Power-ups include ammunition, coins, and health. During both of these sequences, Hart must fight and maneuver his way past enemy foes to confront a boss. By destroying the boss and completing the level, Hart progresses and learns a bit more about the origins of the neon gel and what Project Doom is all about. Cinematics dialog between the levels tell the tale in a style similar to that of Ninja Gaiden. 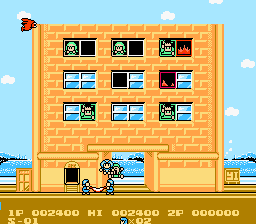