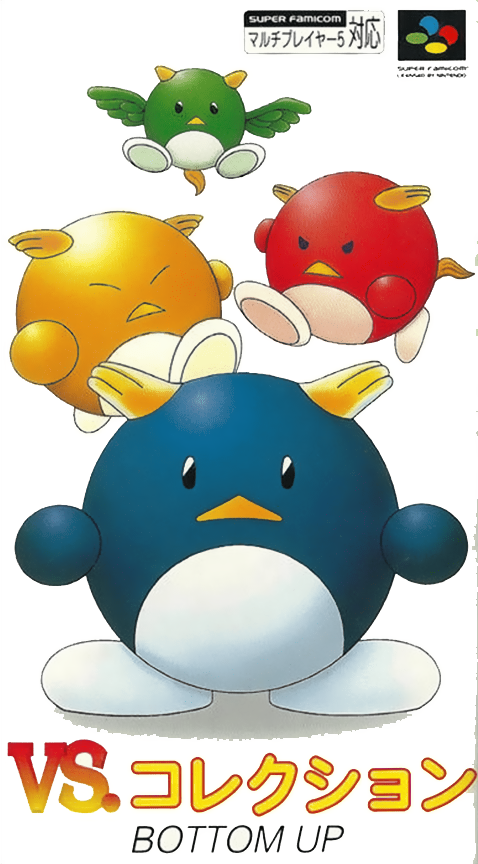 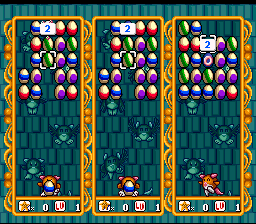 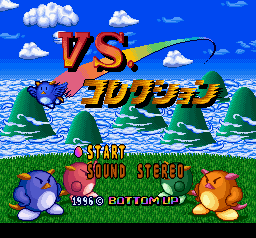 A game that features four modes that allows players and AI to fight each other in a number of different venues. Each mode is wholly distinct from one another, and spans a breadth of different genres. Each can also support a different number of human players, with the rest either controlled by AI or turned off. The game's four modes are A egg-shifting match-up puzzle mode that resembles the Magical Drop games; A real-time strategy combat mode represented as a snowball fight where players move multiple units around at once and need to use careful timing to take out their opponent's forces first; A Mode 7-enhanced racing game that includes jumping over obstacles. Resembles F-Zero or Super Mario Kart, and a single-screen brawling game that vaguely resembles Joust, where the goal is to knock opponents off the bottom of the screen.