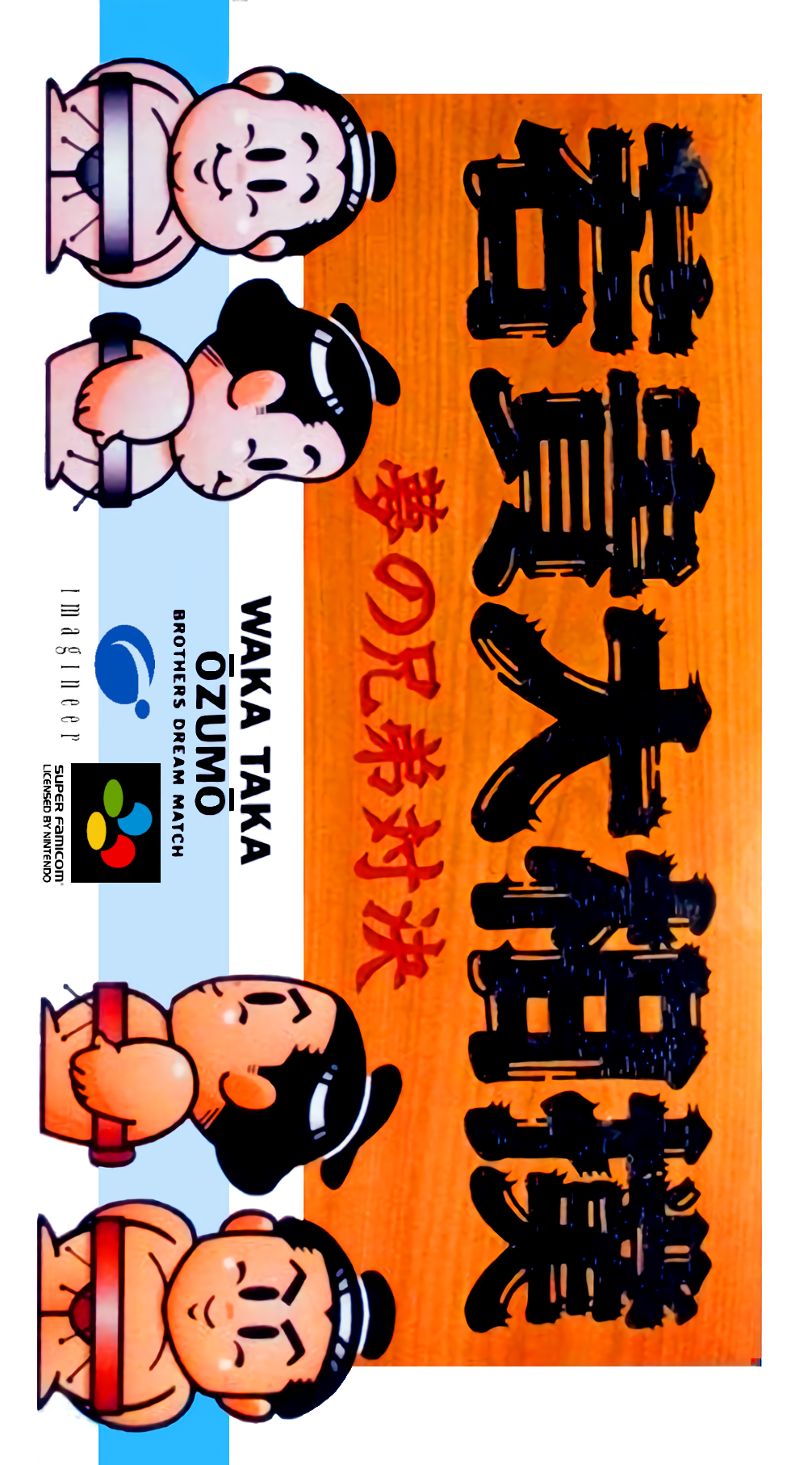 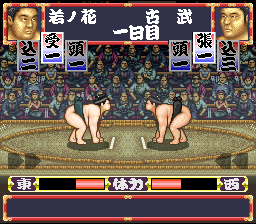 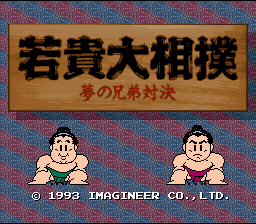 Wakataka Oozumou: Yume no Kyoudai Taiketsu ("Wakataka Sumo: Brothers Dream Fight") is a sumo wrestling game for the Super Famicom. The name Wakataka refers to two famous brothers -- Wakanohana and Takanohana -- who both made Yokozuna rank, the highest ranking for a sumo wrestler.nnnnUnusually for a sumo wrestling game, each match is dictated by a sort of rock-paper-scissors system where two players play their next move from a choice of options, and the next part of the match plays out depending on the moves chosen. If a sumo reaches the edge of the ring, or loses all their stamina, they lose the match.