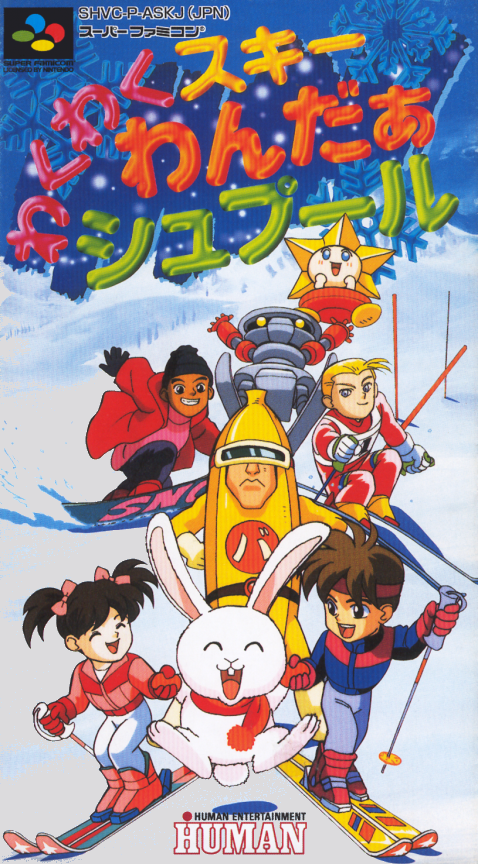 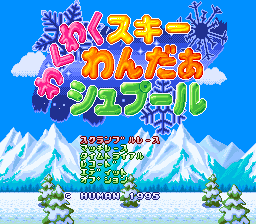 WakuWaku Ski Wonder Spur ("WakuWaku" is onomatopoeia that indicates excitement) is a competitive Mode 7 racing game that revolves around skiing. The game is structurally similar to Super Mario Kart: the player character and up to seven opponents compete across a series of distinctly-themed cups with three courses apiece and can acquire power-ups to make them faster or attack other opponents to momentarily stun them. The game also has multiplayer options.nnnnIt features four human characters and four slightly more unusual characters, including a cyborg banana, a sunflower, a robot and a rabbit. All play roughly the same.