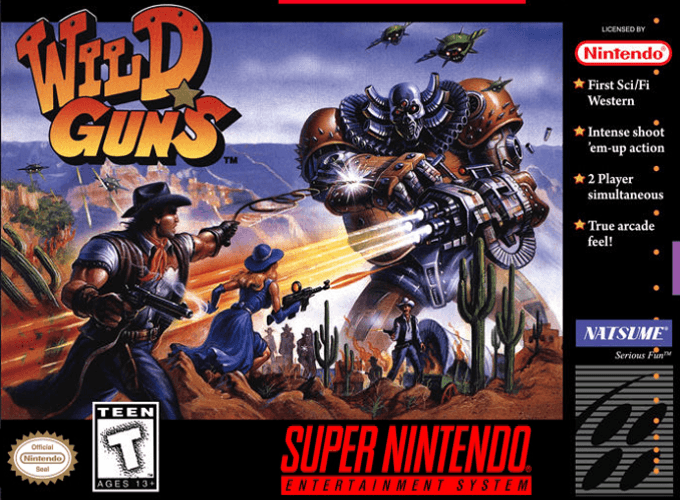 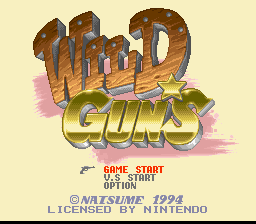 KABOOM! Annie & Clint, two gunslingers, arrive at Carson City and get caught up in a gunfight. It's raining bullets and there are explosions everywhere. After an intense battle they enter the saloon where they dispose of every cowboy in sight while redecorating the interior. Our heroes flee the scene by climbing on the roof, but what's that sound? ... it's a HUGE robot! Wild Guns is a shooter with a western & Sci Fi theme. Gameplay is somewhat similar to the Time Crisis & House of the Dead games, with the exception that the game isn't played from a first-person perspective but from a third-person perspective. You control your on-screen character as well as the aiming crosshair (at the same time). Select either Clint (yes, inspired by Mr. Eastwood) or Annie and shoot down tons of enemies while dodging bullets and jumping over incoming rockets. After the Carson City level, the action continues in Desolation Canyon, an ammunition depot, a gold mine and a armored train (you can play these levels in any order). Finally there's a showdown with the big bad guy. Each of the 6 levels is divided into 3 sublevels. The 3rd one is always a boss-battle. During the game your standard weapon can be temporarily upgraded by collecting power-ups. If you want to create some serious mayhem you can detonate one of your bombs. Almost any object in the background can be destroyed. Wild Guns has a two-player co-op mode. There's also a shooting gallery mode in which you can't die; this one is all about scoring as many points as possible. 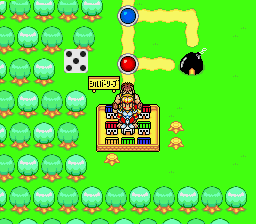