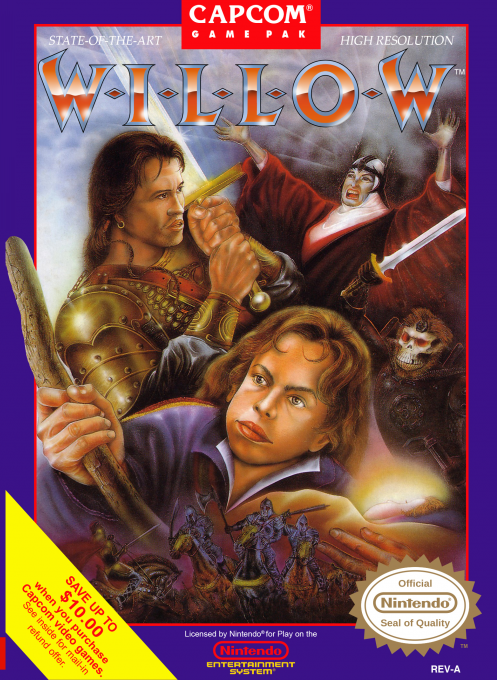 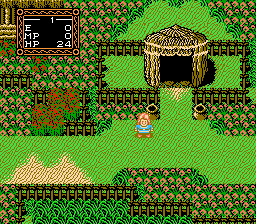 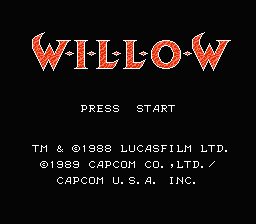 Willow is an action RPG based on the movie with the same name. The player assumes the role of Willow, the chosen one who must restore human form to the benevolent sorceress Fin Raziel and destroy the evil sorceress, Bavmorda. While the game follows the movie's plot somewhat most of the time, it also expands on it and introduces characters, races and enemies not found in the movie. Gameplay is similar to other action RPGs and The Legend of Zelda. Willow is seen from a top down perspective and all enemies are visible on screen. Slaying enemies will give Willow experience points, which will eventually lead to him increasing his stats automatically. New weapons, shields and magic items are found in various treasure chests scattered across the land or given to Willow as part of the plot. Aside from battling minor enemies Willow will also face off against several boss monsters as well as characters from the movie.