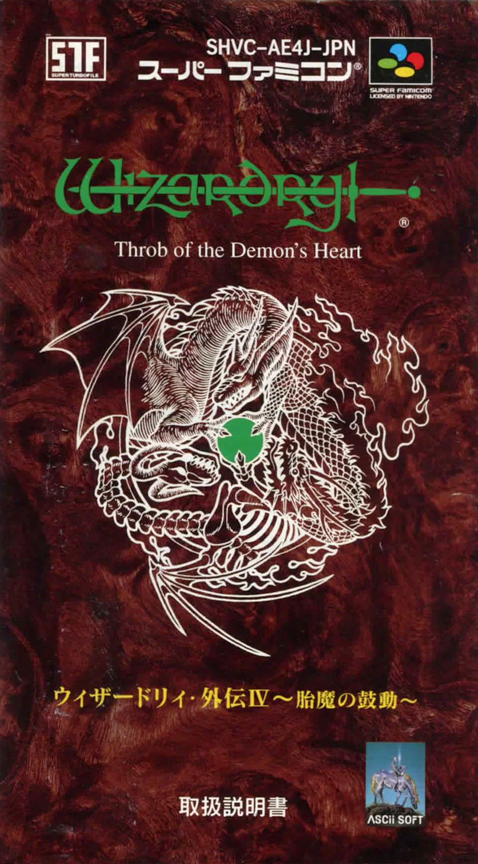 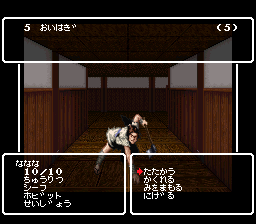 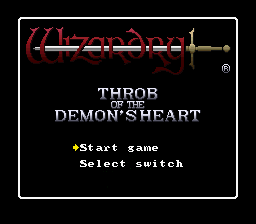 Wizardry Gaiden IV: Taima no Koudou ("Throb of the Demon's Heart") is a turn-based dungeon crawler RPG for the Super Famicom. It is the fourth in a series of "gaiden" Wizardry games developed by Japanese studio Access and influenced heavily by Sir-Tech's core Wizardry series. The game was fan translated in late 2016.nnnnThrob of the Demon's Heart is distinctive for the Wizardry series for adapting a lot of Japanese imagery and monsters in the familiar Wizardry format. This gives it a more home-grown feel among the Japanese-exclusive spin-offs, and heavily draws from Japanese folklore and religion.nnnnIt is the first Wizardry Gaiden to be released on a system other than the Nintendo Game Boy, and is also the last in the series. Many more Japanese Wizardry spin-off games would follow, however.