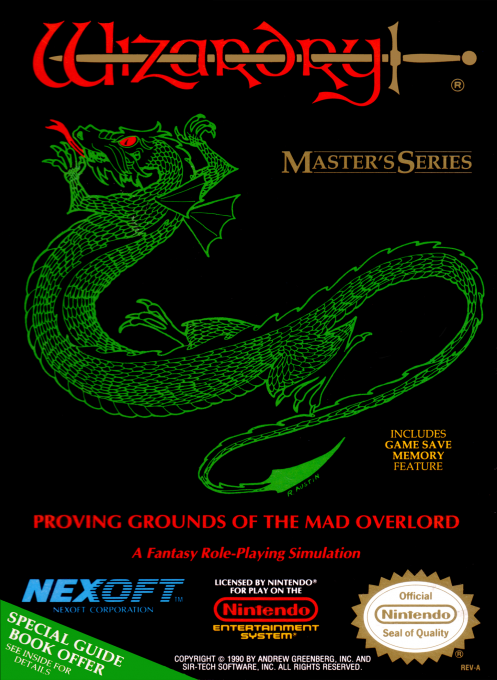 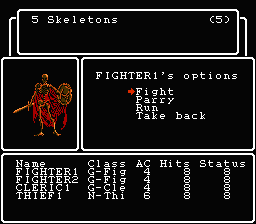 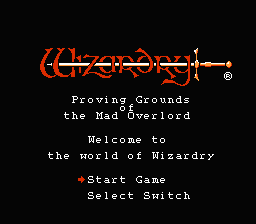 The first Wizardry game was one of the original CRPG dungeon crawlers, and stands along with Ultima and Might & Magic as one of the defining staples of the genre. You generate and control a party of up to six different adventurers and send them into a 3D vector dungeon to fight monsters and find treasure. The game takes place in the domain of Trebor, the titular Mad Overlord. Trebor was once only power-mad, but went off the deep end after he acquired a magical amulet of immense power only to have it stolen from him by his nemesis the evil archmage Werdna. Werdna, not quite sure how to use the amulet properly, accidentally causes an earthquake which creates a ten-level dungeon beneath Trebor's castle. To avoid looking silly, Werdna declares the dungeon to be the new lair for him and his monster hordes. Trebor, not to be outdone, declares the labyrinth is in fact his new Proving Grounds where adventurers must prove themselves for membership in his elite honor guard (and incidentally retrieve his amulet in the process). Thus your goal in the game is to descend to the tenth floor of the labyrinth, defeat Werdna, and retrieve the fabled amulet.