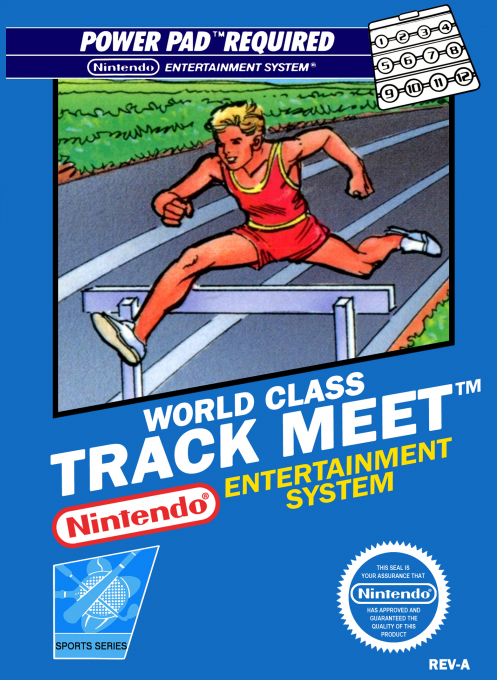 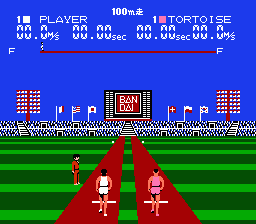 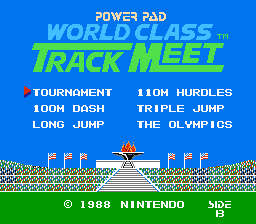 This is a track and field game for up to six players requiring the Power Pad. Only a maximum of two players can play together on the pad at the same time. There are several events: 100m dash, long jump, 110m hurdles and the triple jump. When you beat the computer in the single player mode, you move on to a faster opponent. The AI opponents are (slowest to fastest): Turtle, Bear, Horse, Rabbit, Bobcat and Cheetah. With each defeated opponent, you earn a medal or a trophy. The harder the opponent, the better the award. Olympics is a 1-6 player event in which you will do all four events in a row. At the end, the computer will show you a total score. There is one player at a time in the jumping events and two at the same time (for two or more human players) in running events. This game was sold as a pack-in cart with the Power Pad accessory, and as a 3-in-1 cartridge with Duck Hunt and Super Mario Bros.