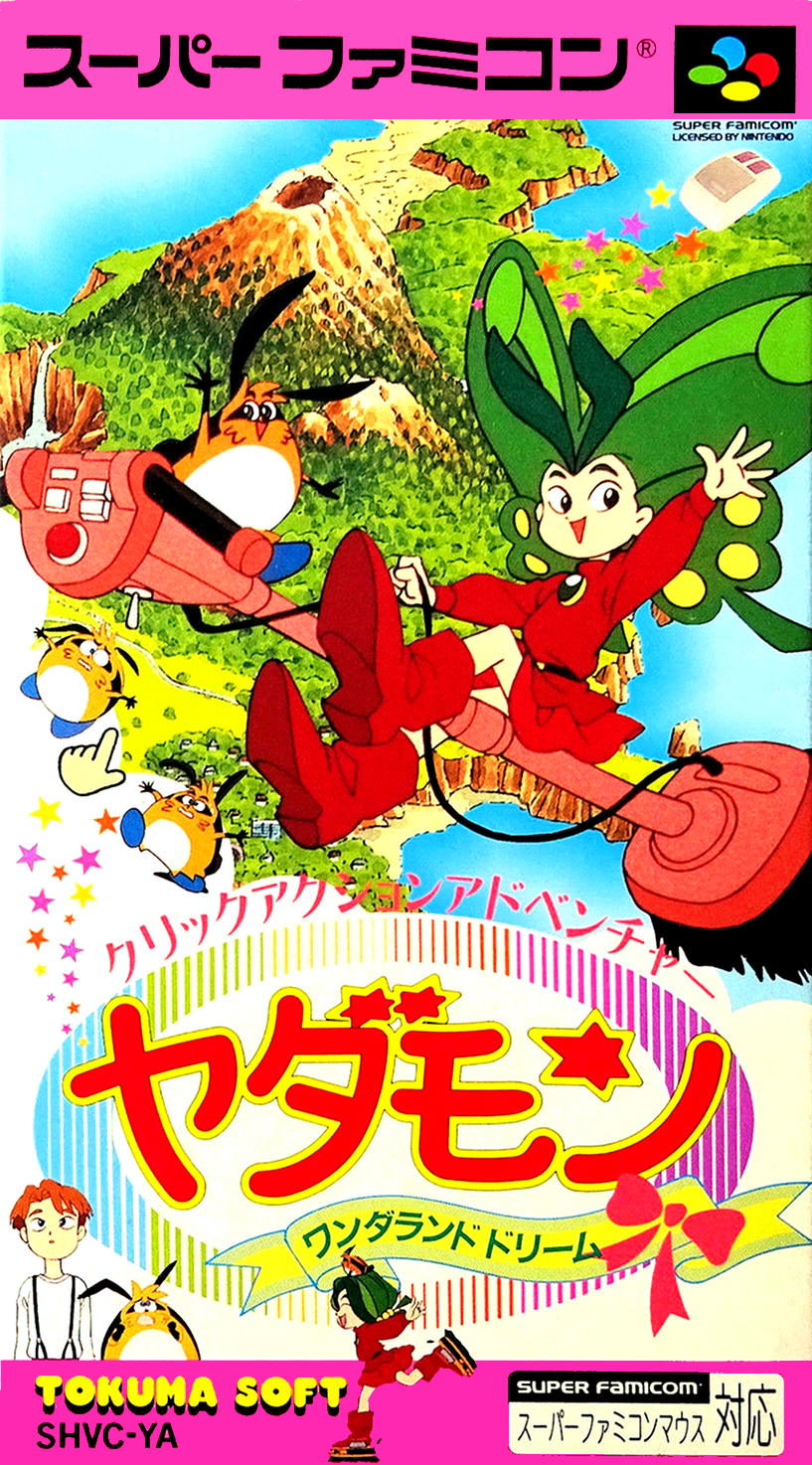 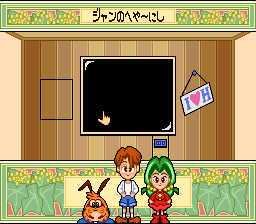 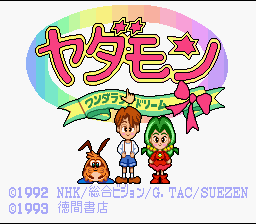 Yadamon: Wonderland Dreams is a point and click adventure game developed by Sting Entertainment exclusively for the Super Famicom. The player, as the young witch Yadamon, her human friend Jean and her guardian fairy Timon, must navigate a series of screens to solve puzzles and reach the conclusion of the story. The game uses the SNES Mouse peripheral for its numerous puzzles.nnnnYadamon is based on the anime of the same name about the eponymous troublemaking witch princess, who is banished to the human world to learn from her errors and to quench her curiosity about its high-tech wonders. The anime ran from August of 1992 to July of 1993, ending shortly before the release of this game.