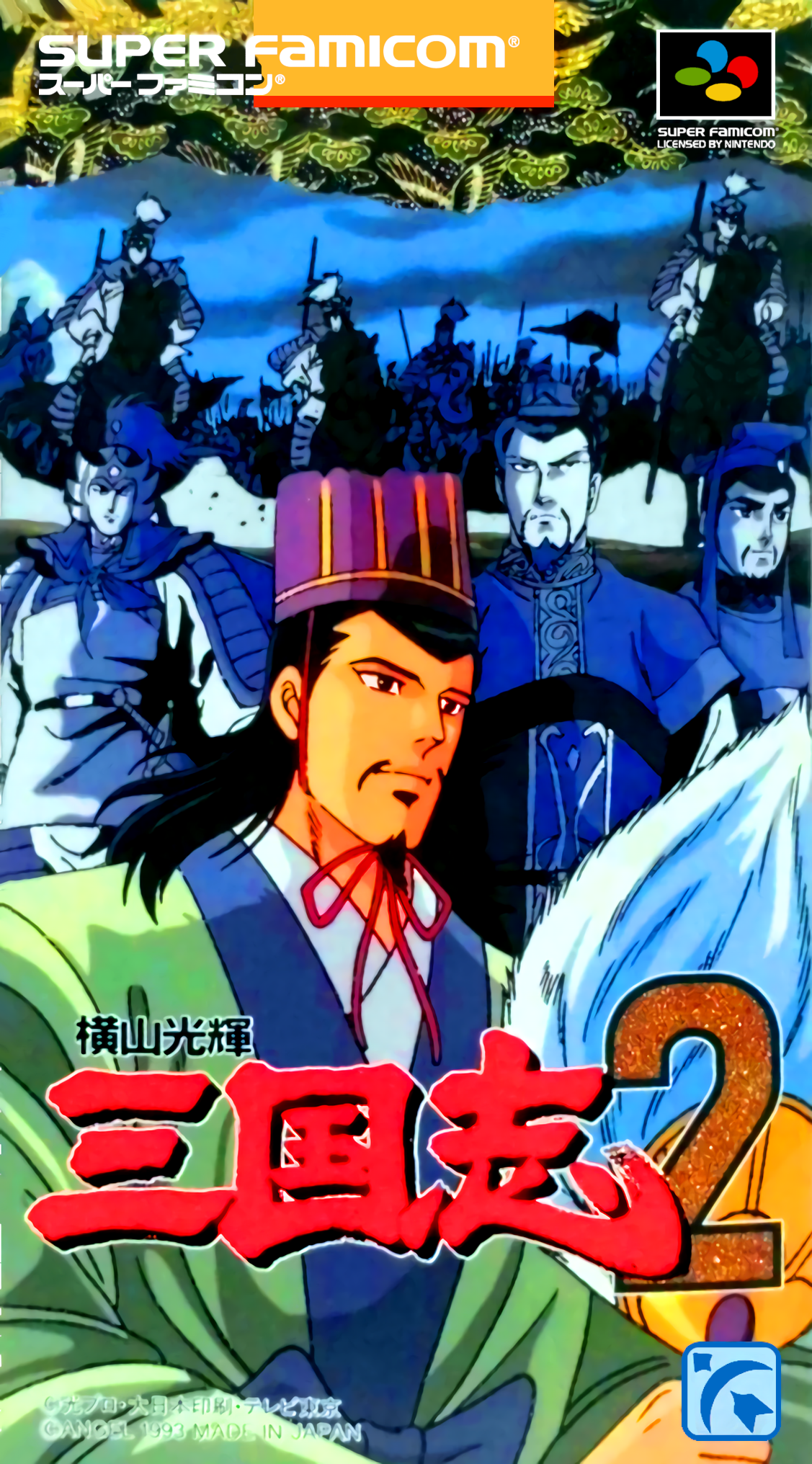 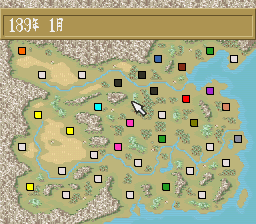 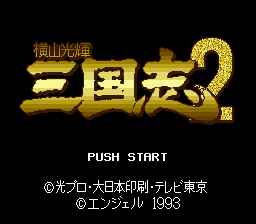 Yokoyama Mitsuteru Sangokushi II ("Mitsuteru Yokoyama's Romance of the Three Kingdoms II") is a strategy game and the sequel to the original Yokoyama Mitsuteru Sangokushi. Both games were adapted from the eponymous manga artist's graphic novel adaptation of the ancient Chinese novel. Specifically, they were based on an anime adaptation of the manga, released close to the same time. The second game presents three new scenarios and does away with the month-specific actions of the original, allowing the player to perform any action on their turn. It's also been graphically updated. It is still superficially similar to Koei's better known Romance of the Three Kingdoms series of strategy sims.