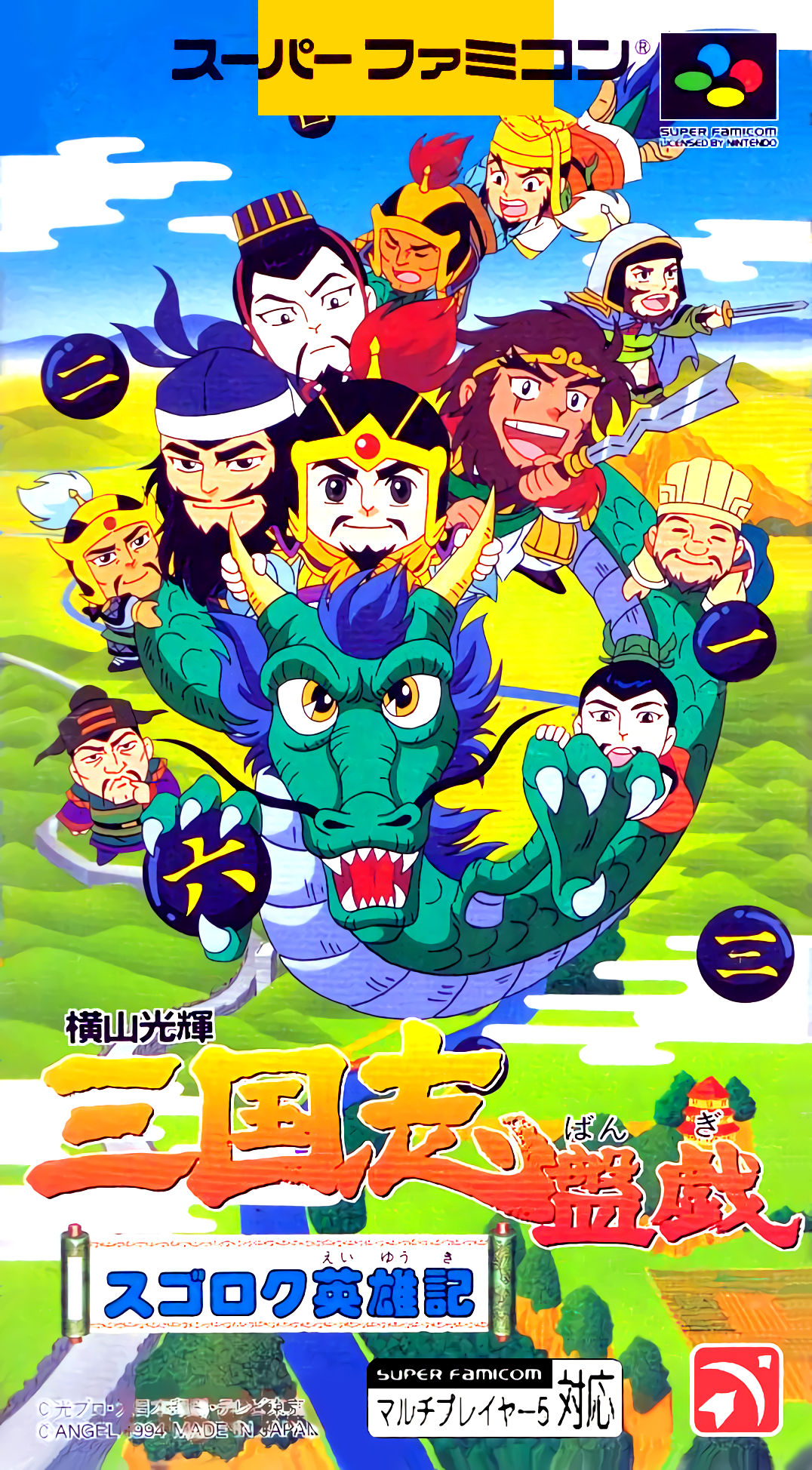 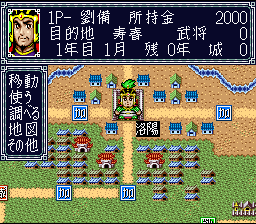 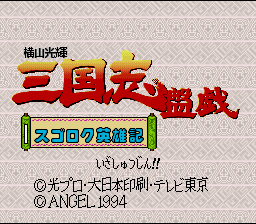 Yokoyama Mitsuteru Sangokushi Bangi: Sugoroku Eiyuuki is a sugoroku board game spin-off of the Yokoyama Mitsuteru Sangokushi strategy series. It plays similarly to the Dokapon series: the player, as one of the major warlords of the Romance of the Three Kingdoms (called Sangokushi in Japan), must move around a board taking territory and fighting in one-on-one battles with NPC bandits and soldiers. Other squares on the board lead to various events that change the player's status or help/hinder them in other ways. Yokoyama Mitsuteru Sangokushi Bangi is based on manga artist Mitsuteru Yokoyama's acclaimed historical manga that retells the Romance of the Three Kingdoms story. However, characters are drawn in a more comedic super deformed style to highlight that the game is a less serious offshoot.