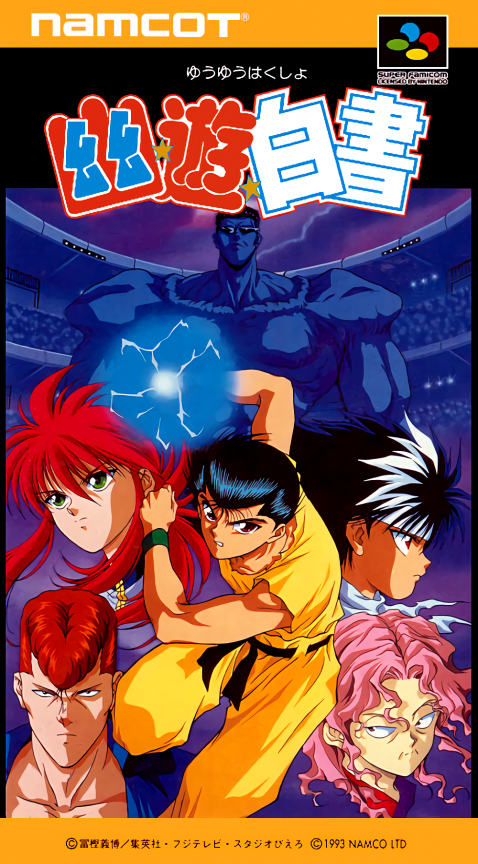 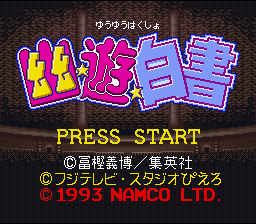 YuYu Hakusho is a Super Famicom game based on the horror-themed manga and anime about a belligerent young man who dies unexpectedly from being hit by a car and is revived as a "spirit detective" by the rulers of the afterlife, and it becomes his job to investigate ghostly matters in the mortal world. The game is a series of set-piece battles where two opponents build up gauges using the D-pad and one of the face buttons: each combination leads to a separate attack and requires a different amount of build-up. The player can go through the story mode, which recounts events from the manga, or they can play a "free" mode against opponents of their choice.