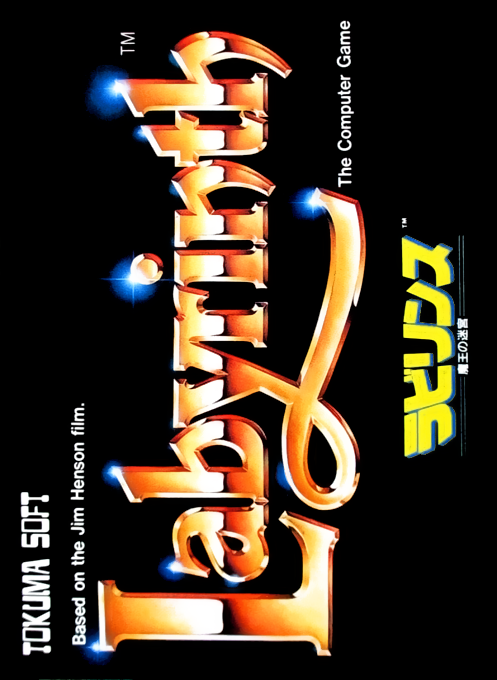 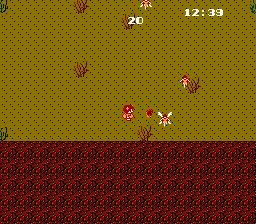 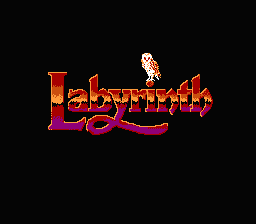 Labyrinth - Игра разработанная Tokuma Shoten Publishing Co., Ltd. в 1987 году для консоли Nintendo Entertainment System. Есть поддержка только одиночной игры. На нашем сайте имеется 1 ROM для данной игры. Игроки оценили игру крайне положительно. Labyrinth is a maze game similar to Gauntlet, but with a more definite goal and some adventure elements. It is based upon the Jim Henson film of the same name incorporates many scenes from the movie as areas with the maze. The goal of the game is to collect twelve coins Sara can use to buy back her baby brother from his kidnapper, the goblin king, Jareth. There is one coin in each of the twelve mazes surrounding the central castle. At first only a few of the mazes are accessible; however, upon collecting a section of a broken key, of which there is also one per region, Sara is sent to a hub where a friendly goblin will open up a new area. Each section of the maze has its own gimmick, for instance the Hedge Maze rearranges itself as the player wanders through it, and the Fieries' Forest is filled with teleports. The areas are also connected via a large underground maze. Upon gaining all the sections of the key Sara can open the door to the castle and enter the final series of mazes, however, she cannot win if she has not collected all of the coins. Throughout all this Sara is constant beset by enemies at which she must throw a neverending supply of stones to dissipate. Her stones can be upgraded eventually and she can also gain the favor of her friends from the movie who will follow her around and try to help her shoot at her aggressors. All of this must be done in no more than 13 minutes or the game must be restarted, and every time an enemy attacks Sara she loses a few more seconds. However, there are several ways to gain more time, and part of winning the game is balancing actually solving the maze and spending time searching for minutes to do just that. 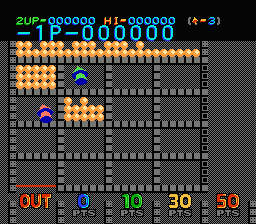