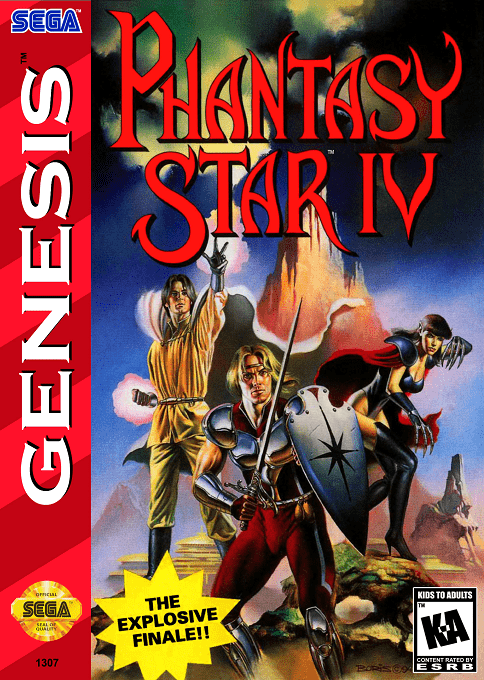 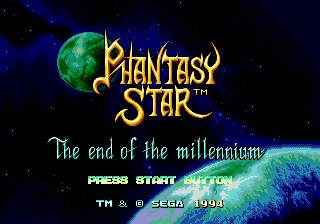 Phantasy Star IV - Игра разработанная Sega в 1993 году для консоли Sega Mega Drive / Genesis. Есть поддержка только одиночной игры. На нашем сайте имеется 3 ROM'ов для данной игры. Игроки оценили игру крайне положительно. The Algo star system is in troubled times... Many thousands of years ago, the Algo Star System was a peaceful system. Three planets surrounded the peaceful Algo star and were in perfect harmony: Palma, a lush green planet, where its citizens devoted their lives to arts and the sciences. Motavia, a desert planet, inhabited by humans and native Motavians, and the enigmatic Dezolis, a harsh ice planet, where the citizens were just as unknown as the planet itself. Unfortunately, the harmony and balance was not to last. Palma had exploded, and with it, 90% of the population of Algo died. Motavia had fallen into horrible conditions from the explosion, turning almost into a total wasteland. The Darkness spread its hand over the land... Now, 1,000 years had passed. Motavia had healed somewhat, and life was beginning to return to the way it once was thousands of years ago. The Hunter's Guild on Motavia helped to keep things steady. But now, a dark evil once thought to be long dead is beginning to stir once again, and the young Hunter, Chaz, is about to begin his ultimate adventure - and all of it started with one simple routine assignment... The gameplay of the fourth entry in the Phantasy Star is similar to that of the second installment, sharing notable features such as the ability to equip two weapons at once, different healing items for humans and androids, most of the "techniques" (equivalent to magic spells in comparable games), etc. As before, leveling up and technique-learning is automatic. There are a few segments in the game with vehicle combat, which mostly follows the same turn-based formula as the regular battles. Side quests are present in form of hunter assignments for Chaz and his friends. 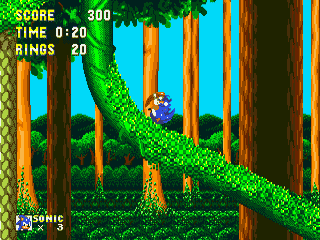